Do sports and donate

Sport is an excellent way how to improve and strengthen your health, so we are very pleased that assistance for little patients of the Children’s Hospital is organised within the sports events! This not only allows to get specific things which are necessary to improve the health of children, but also gives a great example to children showing that sport is healthy, interesting and exciting!

For 2 consecutive years, the association Riga Basket has organized a charity basketball star game in the Olympic Sports Centre in Riga to raise funds for the Children's Hospital Foundation. Within the charity event, there is a basketball star game where players are representatives of various professions, and a minister, an actor and a musician can meet in one team, as well as various interesting and sporting activities with basketball elements take place for big and small supporters!

Bored of Borders Pedals for no medals in 2014 organized a massive cycle race to Latvian Olympians at the Winter Olympic Games in Sochi - supporting the Children's Hospital Haemato Oncology Department! During the entire adventure from Riga to Sochi, the cyclists were bringing the Children's Hospital patients' drawings and good wishes for the Latvian Olympic team. Length of the distance: 2802 km (~165 km per day) travelling through five countries (Latvia, Lithuania, Poland, Ukraine, Russia). The desire of the cyclists, in addition to the adventure, is to do a good job — to invite people to donate to the Children's Hospital.

Responding to the charity's call for assistance in the reconstruction of the Haemato Oncology Department, EUR 5527.38 were donated!

Kickboxing and Boxing School RĪGA together with the Fighting Sports Club Profesionālis organized the charity trainings. 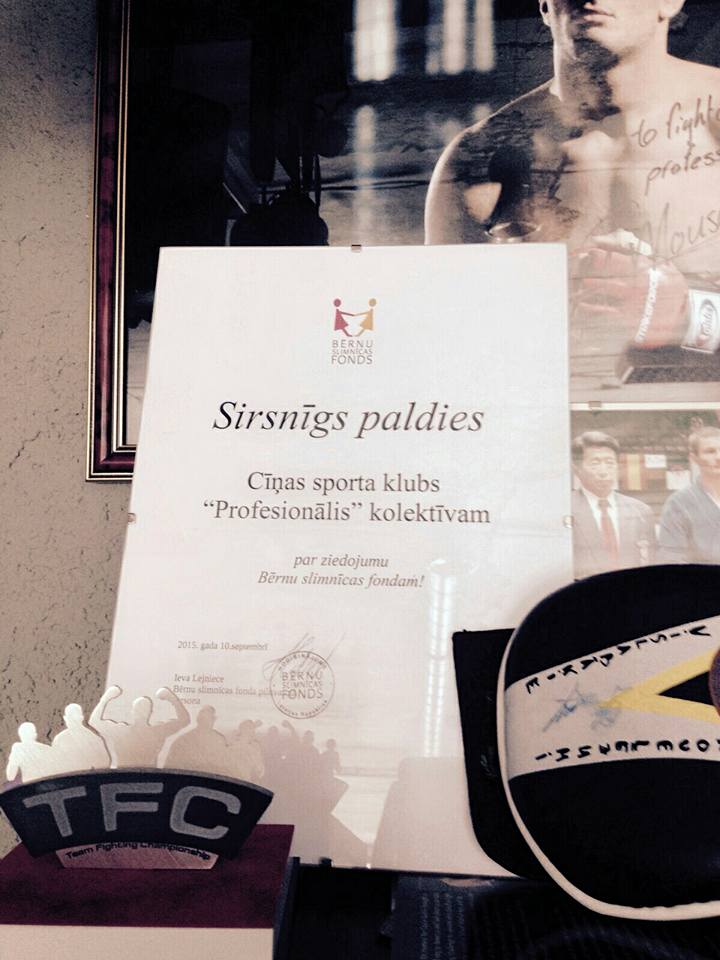 In 2015, International Charity Organization LIONS CLUBS INTERNATIONAL (LCI) Polish LIONS Club (LC) Poznan Rotunda in cooperation with LIONS clubs in Germany, Lithuania, Latvia and Estonia organized Freedom Charity Race dedicated to the Latvian Presidency of the Council of the European Union. It was planned to use the funds raised during the race Warsaw - Kaunas - Riga (about 700 km), in equal parts for assistance to Ukrainian children and Children's Hospital.

The race the patron of which is the legendary leader of the trade-union movement Solidarity and former Polish President Leh Valensa, started in Warsaw and was started by three runners from Poland. Among the patrons of the event were the Minister of Foreign Affairs of the Republic of Latvia Raimonds Bergmanis and the former President of Lithuania Valdas Adamkus. About 70 km were run during a day. The route of the race was Warsaw-Kaunas-Riga (about 700 km). Anyone interested had the opportunity to take part in the Freedom Charity Race, running kilometres with athletes and donating by buying a certain number of kilometres.

After the Freedom Charity Race, the Children's Hospital Foundation received a donation of EUR 6300. The donation was spent on the purchase of infusion pumps to improve the treatment process for patients from the Haemato Oncology Department.